Dragonfly: In Situ Exploration of Titan’s Organic Chemistry and Habitability 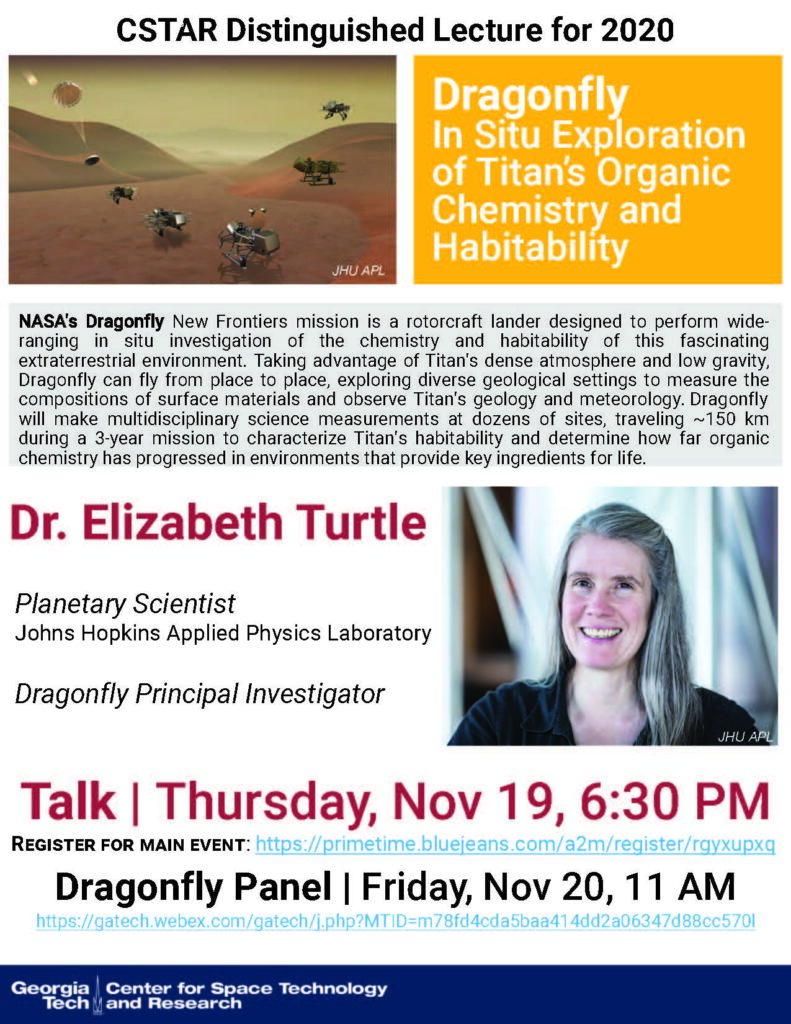 Saturn’s largest moon, Titan, is an Ocean World with a dense atmosphere, abundant complex organic material on its icy surface, and a liquid-water ocean in its interior. The joint NASA-ESA Cassini-Huygens mission revealed Titan to be surprisingly Earth-like, with active geological processes and opportunities for organic material to have mixed with liquid water on the surface in the past. These attributes make Titan a singular destination to seek answers to fundamental questions about what makes a planet or moon habitable and about the pre-biotic chemical processes that led to the development of life here on Earth.
NASA’s Dragonfly New Frontiers mission is a rotorcraft lander designed to perform wide-ranging in situ investigation of the chemistry and habitability of this fascinating extraterrestrial environment. Taking advantage of Titan’s dense atmosphere and low gravity, Dragonfly can fly from place to place, exploring diverse geological settings to measure the compositions of surface materials and observe Titan’s geology and meteorology. Dragonfly will make multidisciplinary science measurements at dozens of sites, traveling ~150 km during a 3-year mission to characterize Titan’s habitability and determine how far organic chemistry has progressed in environments that provide key ingredients for life.
Speaker bio: Dr. Elizabeth (Zibi) Turtle is a planetary scientist at the Johns Hopkins Applied Physics Laboratory. Her research combines remote-sensing observations and numerical geophysical models to study geological structures and their implications for planetary surfaces, interiors, and evolution, including tectonics and impact cratering on terrestrial planets and outer planet satellites, the thickness of Europa’s ice shell, Ionian mountain formation, and Titan’s lakes and weather. She is the Principal Investigator for the Dragonfly New Frontiers mission to Titan and the Europa Imaging System (EIS) cameras on the Europa Clipper mission, and has participated in the Galileo, Cassini, and Lunar Reconnaissance Orbiter missions. She earned her Ph.D. in Planetary Sciences from Univ. Arizona and B.S. in Physics from MIT. 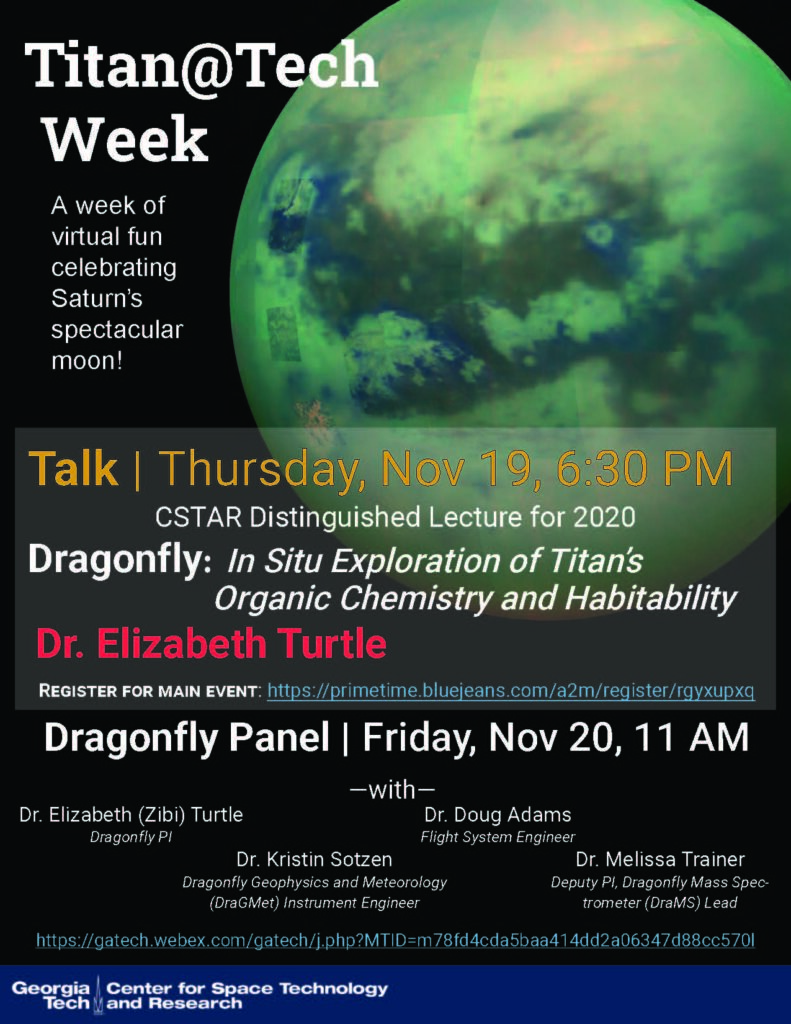